The MEASAT-3a contained two of Saft's VES 140 batteries on-board, for a total of 72 VES 140 cells. This
launch makes a total of 33 spacecraft in orbit today using Saft Li-ion battery technology.
"Saft's contribution to the MEASAT-3a satellite strengthens our longstanding partnership with Orbital and
reinforces Saft's reputation as a trusted and reliable supplier for the space industry," said Thomas Alcide,
General Manager of Saft's Special Battery Group. "With the launch of MEASAT-3a, Saft Li-ion battery
technology is now represented in a total of 33 spacecraft currently in orbit. This further adds to our growing
heritage of Li-ion batteries in space."

Saft's rechargeable Li-ion batteries power the MEASAT-3a during two eclipse seasons per year when the
spacecraft is blocked from the sun, resulting in significant energy and weight savings for the satellite. By
substantially decreasing the weight, the MEASAT-3a can dedicate more of its crucial mass to the payload,
creating a more powerful satellite.

In addition to the MEASAT-3a, Saft has provided batteries for several Orbital-built satellites, including the
Optus D3, which is scheduled to launch later this year, and both the Optus D1 and Optus D2 satellites that
launched in 2006 and 2007, respectively. Saft also supplied its Li-ion technology for Orbital's Horizons-2
and THOR 5 satellites, both launched in 2008. Orbital's KOREASAT 6 is currently being manufactured with
Saft Li-ion batteries on board and is scheduled for launch in 2010.

About Saft
Saft (Euronext: Saft) is a world specialist in the design and manufacture of high-tech batteries for industry.
Saft batteries are used in high performance applications, such as industrial infrastructure and processes,
transportation, space and defense. Saft is the world's leading manufacturer of nickel-cadmium batteries for
industrial applications and of primary lithium batteries for a wide range of end markets. The group is also
the European leader for specialized advanced technologies for the defense and space industries. With
approximately 4,000 employees worldwide, Saft is present in 18 countries. Its 15 manufacturing sites and
extensive sales network enable the group to serve its customers worldwide. Saft is listed in the SBF 120
index on the Paris Stock Market. For more information, visit Saft at www.saftbatteries.com.
Company Center: Saft 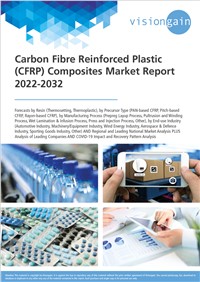