BMC, one of the most important national defence industry companies in Turkey, is utilising its advanced technology and vast experience in defence industry primarily to meet the demands of the Turkish Armed Forces, as well as those of other armies around the world.

The quality of BMC defence industry products is certified with the “ISO 9001:2000 Quality System” and “AQAP-2110 Quality Assurance Requirements for Design, Development and Production for NATO” certificates. BMC has gained the title of “Company Manufacturing to NATO Standards,” and is a registered company of the NAMSA (NATO Maintenance and Supply Agency) Source Mailing List, which is a list of the companies allowed to carry out sales to NATO countries. BMC has the “NATO Secret” and “National Secret” Classified Facility Certificates, and is given a “Production License” by the Turkish Ministry of Defence.

BMC has recently introduced its first (4x4) Mine Resistant Ambush Protected (MRAP) Vehicle. This vehicle is suited to meet the latest requirements of World Armies. With a seating capacity of up to 15-18 personnel, this vehicle has high ballistic and mine protection capabilities. An order for 468 units of this vehicle has been received from Turkish Army.

Another Armoured Vehicle, the Multi-Purpose Armoured Vehicle (MPAV) has also been introduced recently. Variants of this vehicle, such as Armoured Personnel Carrier, Command & Control Vehicle, NBC Reconnaissance Vehicle, TOW/MILAN Carrier, etc are ready to be produced.

BMC also modernises Wheeled Armoured Vehicles. 302 units of BTR 60 (8x8) WAVs were renovated and delivered to Gendarmerie General Command in 1996. These WAVs are currently being used successfully in the field. Similarly, BMC is also capable of modernising BTR 80 (8x8) WAVs.

BMC produced the first Aircraft and Helicopter Refuelers in Turkey, capable of fuelling both military and civil aircraft. The refuelers are produced in compliance with NATO and NFPA (National Fire Protection Agency) standards in 5,000-20,000 lt capacities. The BMC PRO 827 (6x4) 20,000 lt Aircraft Refueler is the only type of its kind in the world with this capacity, and is transportable by military C-130 Hercules cargo aircraft. The 20,000 lt capacity aluminium body tankers are capable of refuelling F16 aircraft within three minutes.

For the armed forces of Allied Counties, BMC has recently delivered 2.5 ton and 5 ton Tactical Wheeled Vehicles, Recovery Vehicles, Aircraft Refuelers, Mobile Repair Shop Vehicles, Fuel Tankers and Water Tankers. BMC has completed deliveries of more than 100 BMC Aircraft Refuelers, in addition to the over 150 delivered to Turkish Armed Forces. BMC Tactical Wheeled Vehicles have been tested and approved abroad in all climates, including desert, hard winter and tropical conditions, and evaluation processes for various BMC vehicles are underway in some African, Middle Eastern and Asian countries. 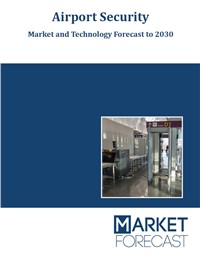