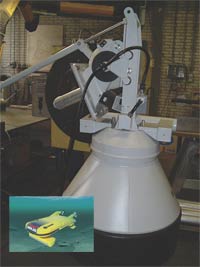 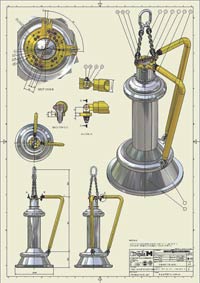 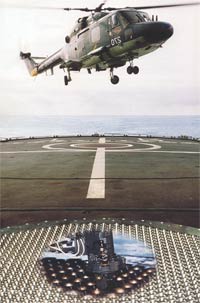 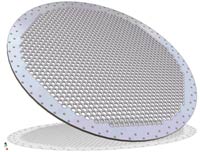 Triple M is a multidisciplinary engineering and contracting organisation founded in 1992. Since that time most of our business has been for the general, process and pharmaceutical markets in the Netherlands designing and optimising new full or part installations. Since 2001 Triple M has entered the Aerospace & Defence market, and succesfully. In the Aerospace & Defence market Triple-M Engineering & Contracting focuses on the development and engineering of complex mechanical constructions. From off determination of the functional requirements, together with our customer, up to production drawings and overall project management. All our clients benefit from the market knowledge we have gathered over the years, knowing they have our full support throughout the project. By being innovative and customer centric we distinguish ourselves from our competitors. Co-operation, professionalism and flexibility are the keywords in our office.

Triple M is ISO9001-2000 certified, if required project related AQAP-110 certification is possible.
Further Triple M participated in the Lean Manufacturing and Quality Management Training Programme run by Boeing in the Netherlands from November 2004 until April 2005. Triple M followed the Lean Manufacturing training, in which the "Accelerated Improvement Workshop" trainers'
programme was the key subject.
The Accelerated Improvement Workshop (AIW) is Boeing's adaptation of the better-known Kaizen philosophy: continuous improvement in small, practical steps by designing and implementing improvements with a team in a short space of time. The training programme focussed on choosing and applying the various tools that were available during the workshop.
The "train the trainer" method was applied, whereby leadership of the workshop was transferred from Boeing to the participants. The final result was that Triple M engineer E. Beerthuizen was certified by Boeing as one of the two AIW leaders in Europe.

Tooling Ariane Rocketengine
For a French firm, a special handling interface was developed, which is used to ensure that a rocket engine (The VINCI engine PF 52) always hangs
precisely in its COG (Centre of gravity) during the production process.
During this process, various components are fitted that lead to a change in the position of the engine’s COG; this makes it more difficult to manipulate
the engine. By turning and/or moving this handling interface to a different corner or hole pattern, the engine will always remain exactly vertical.

Landing Platform Dock II
For the Landing Platform Dock II (LPD II), a new Dutch navy ship, Triple M designed a helicopter landing grid incl. support construction.
The purpose of the landing grid is to anchor a helicopter to the LPD II using a cable and harpoon. On landing, the helicopter shoots a harpoon into the grid
and pulls the cable tight. In rough sea, the helicopter remains stable and fixed to the deck.
Triple M designed and supplied the landing grid, including the support construction sunk into the deck. In addition, Triple M as main contractor
carried out the project management during construction and was responsible
for the Quality Assurance. 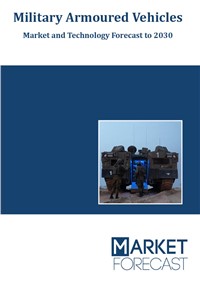